You are here: Home / Hír kategória / Híresség / The Meaning Behind Beyonce’s Henna Tattoo at Her Push Party 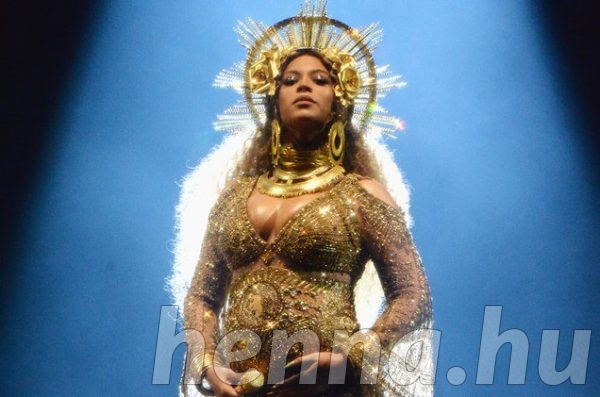 On Saturday, the expectant star and her closest friends and family gathered for an African-themed “Carter Push Party” to honor her and the arrival of her twins. And on the sartorial front, Beyoncé didn’t disappoint: She decorated her bump with an intricate henna design, finishing the look with a bikini top, a sweeping printed sarong and a fantastic headpiece.

And because we can’t help but obsess over all things Bey, we had to know: What is the significance of that henna tattoo? “The henna overall is a creative design that an artist came up with, probably in partnership with Beyoncé,” says Mangala Buhler-Rose, henna artist and educator at Mehndi NYC, who specializes in Indian symbolism. “But there are motifs and symbols that are universal in their meaning.”

There are three main symbols that Buhler-Rose picked up on: the lotus, a sacred flower that rises from the mud to the surface of the water, symbolizing transcendence, growth, light and beauty and is often associated with various deities in Indian tradition; the dots (you can see them along the top of the design) is called “bija” in Sanskrit, meaning “seed,” which represents new life, growth and fertility (another Sanskrit word is “bindu,” which means origin or the beginning); and finally, the triangular shape facing down means female energy and femininity.

“Henna is done on different parts of the body, but it’s often on hands and on the feet. It’s often applied during a time of transition, so it’s commonly associated with weddings, but pregnancy and birth is a big life cycle event — so one way to honor the transition and to be still and present in the moment is to do henna, because you have to sit for two, three hours and reflect the changes you’re about to embrace,” Buhler-Rose explains. “Henna on belly bumps have become increasingly common in the last decade — it’s become an intimate exchange, a blessing and a celebration of new life, done in a beautiful way.”

The act, too, of sitting for a henna tattoo requires trust, especially during a pregnancy, for a couple of reasons: 1) It’s a vulnerable time, and 2) The dangers of henna (permanent scarring, toxicity and so on) when the paste is not done correctly, like mixing in chemicals or calling it henna when it’s not. When done correctly, it’s perfectly natural and safe (ingredients include henna, tea tree or lavender oils, lemon juice and sugar).

This doesn’t mark Beyoncé’s first-ever henna tattoo, though. She’s had her hands hennaed for the “Hymn for the Weekend” music video with Coldplay, though there was criticism that she was co-opting Indian culture. But, in fact, Buhler-Rose says henna is quite popular and native to many African countries.