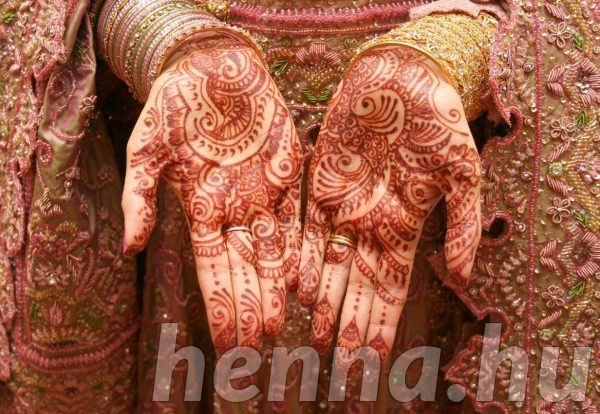 A woman has written a passionate article about the cultural appropriation of henna, as she grew up in America as the daughter of Moroccan immigrant parents.

Cultural appropriation is a term used when someone adopts elements of another culture while remaining ignorant about the culture and the implications of their actions.

As a young girl, Leila Ettachfini was unsure about how to share her culture with her classmates.

Walking into school with her hands intricately decorated by her grandmother with henna designs, Ettachfini felt self-conscious surrounded by her peers.

“Long before phrases like “internalized racism” made their way into my consciousness, getting boobs didn’t compare to learning how to balance the simultaneous pride and embarrassment I felt towards my henna, which I thought might as well have been a sign on my forehead reading I am foreign,” she wrote for Broadly.

While her friends’ interest in her henna may have seemed genuine at first, Ettachfini soon came to realised that they viewed henna not as a symbol of her culture, but as a fashion statement.

Henna by meeeee. I tried. 😳 thanks @runroccorun for the inspiration ❤❤

“In the years that followed, I would begin to question why my embarrassment towards henna only went away when my white friends acknowledged its beauty.

“I realised that these same white friends, many of them proud Trump supporters today, had no real interest in my culture or what henna’s significance was for me.”

Ettachfini witnessed as over the years, intrigue in henna soon became cultural appropriation.

At the beach and this white girl has cornrows & a henna tattoo of a dreamcatcher. It's a cultural appropriation medley.

10 years ago-"ew what's that on your hand, looks like poop?"
Now- "omg is that a henna tattoo?So cool!"
Cultural appropriation at its finest

Many celebrities such as Vanessa Hudgens, whom Ettachfini has dubbed the ‘Queen of Cultural Appropriation’, show off their henna art as a fashion accessory, disregarding its true meaning in the process.

Cultural appropriation is rife in our society. In addition to henna tattoos, many wear bindis and Native American headdresses at music festivals without giving them a second thought.

It’s recently been discussed whether wearing hoops can also be perceived as cultural appropriation, as the earrings bear strong links with the Latina community.

There’s a difference between celebrating another culture and culturally appropriating it for your own benefit.

Being open-minded and maintaining a dialogue will help more people understand when the line has been crossed.