Selena Gomez went in for a temporary henna foot tattoo a few days ago for Dubai Music Week.

The 21-year-old singer was still in show off mode back home in Los Angeles as she emerged on Thursday to pick up a coffee to-go at Starbucks.

Selena was splendidly outfitted in a flowing, see-through blue blouse that outlined her dark bra underneath, as well as navy jeans. 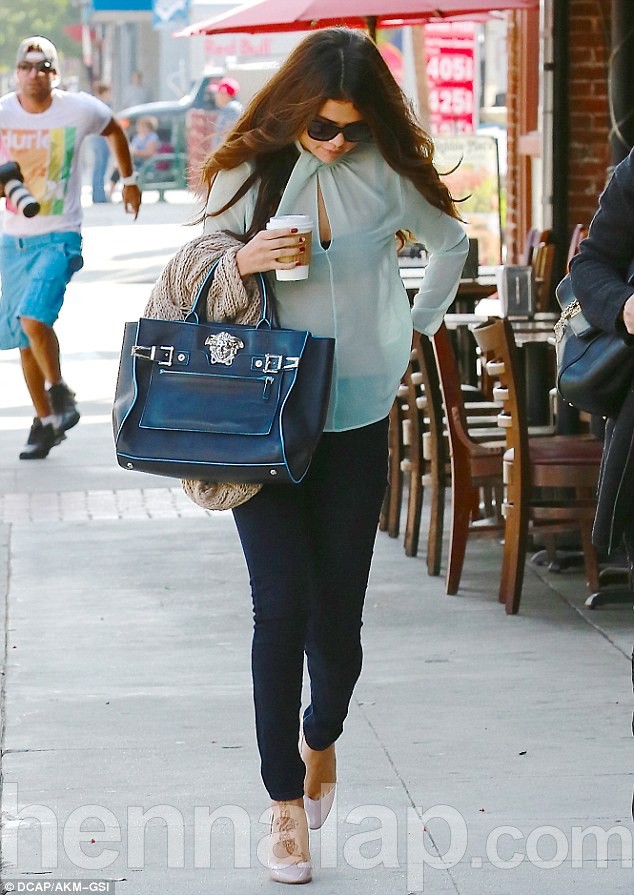 Foot work of art: Selena Gomez displayed her fine temporary henna tattoo as she stepped out on Thursday in Los Angeles to grab a coffee
A cosy oatmeal-coloured wrap was slung over one arm and she also carried a large blue tote in addition to her small brew.

However it was her intricate foot art that stole the gaze.

It was complimented further by a pair of pastel, high-heeled pumps.

Selena kept her head down and half-hidden by her thick luxurious mane, perhaps in avoidance of strangers, while her foot tat seemed to be beaming ‘look at me.’

Upon closer inspection, the design was in tune with Selena’s hit single Come And Get It and the India-inspired dance number that’s featured in the song’s music video.

Selena shared her newest – and apparently temporary – work of art via Twitter on September 27 from her dressing room chair minutes before taking the stage at Dubai Music Week. 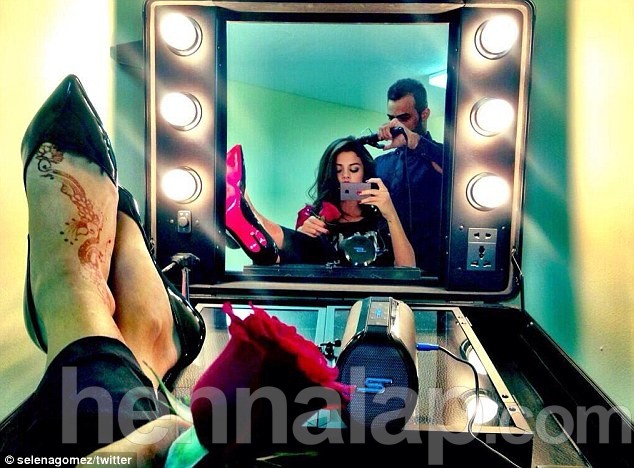 Selena was joined at the six-day cultural music event by Timbaland and Will.i.am.

Before her performance, the adventurous singer experienced a ride atop a camel, as reported on idolator.com.

‘I might not want to go home,’ the site quoted Selena as saying at a press conference during her trip at the United Arab Emirates. 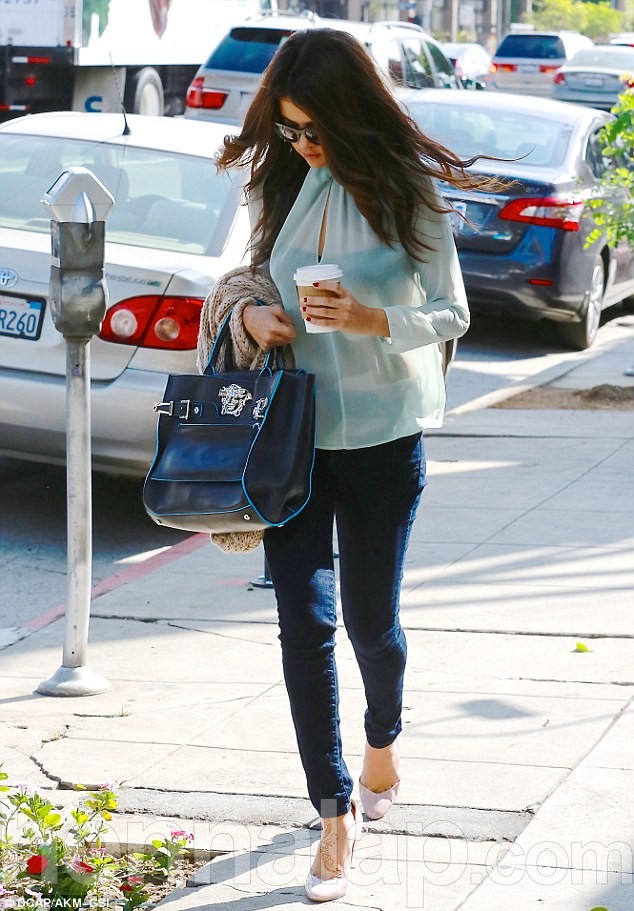 Shaking things up: The former Disney cutie has been trying to spice up her image lately and it’s working