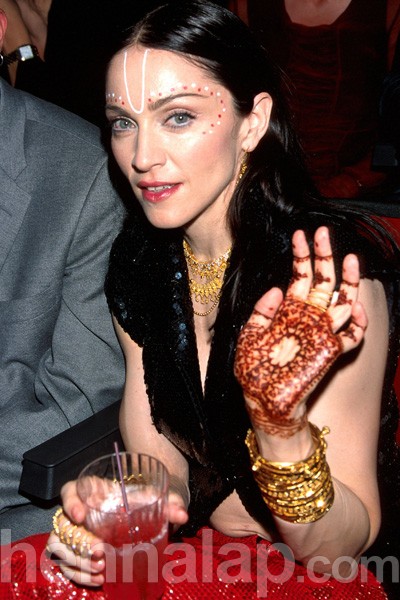 Madonna has transformed herself so many times over the past 25+ years that it’s easy to forget just how iconic these transformations have been. Lost in that blur of pointy Gaultier bras, bleach blond hair and henna tattoos is one of America’s greatest creative revolutionaries. Or, to put it simply, the biggest bad-ass of our time. In honor of her birthday today, we’ve singled out ten of her most memorable fashion phases — from the lace gloves to the high ponytail to the Evita days. The journey down Madge Lane begins with her most infamous performance ever — “Like a Virgin” at the 1984 MTV Video Music Awards. 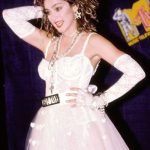 Madonna performed “Like a Virgin” at the 1984 MTV Video Music Awards and instantly became a huge star. In what is arguably her most iconic performance of all time, she started atop a giant cake and ended dry-humping the stage. Note the boy-toy belt, the corset, and the lace everything. Perfection. [Photo: GettyImages] 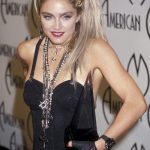 Madonna at the American Music Awards in 1985. When we think of the Madge of our youth – the one we tried to emulate – this is it. Giant pony tail, corset, gloves, and pounds of cheap jewelry. [Photo: GettyImages] 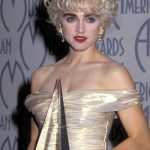 Madonna at the American Music Awards in 1987. Totally rockin’ her Who’s That Girl moment smack in the middle of her marriage to Sean Penn: short blond hair, red lips, dark brows. [Photo: GettyImages] 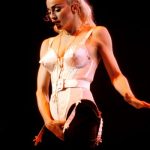 Is there anything that epitomizes Madonna’s Blond Ambition tour/moment in 1990 than her infamous pointy bra? Nope, there’s not — though the high ponytail is a close second. [Photo: GettyImages] 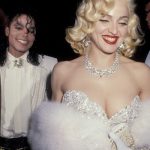 Madonna and Michael Jackson at the Oscars in 1991. Nothing says “this is my old Hollywood glamor moment” like going to the Academy Awards with the biggest pop star in the world (besides yourself). Also, that showed ex-flame Warren Beatty a thing or two! [Photo: GettyImages] 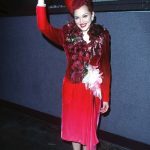 Don’t cry for fashion, Argentina. Madonna got SOOOOO into playing Eva Peron in 1996 that she adopted the Argentinian leader’s style like a boss. [Photo: GettyImages] 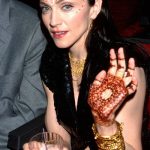 Ah, the late 1990s — home to YogaDonna. Madonna gave birth to baby girl Lourdes and embraced her spiritual side, henna-ing it all up on her bod for the world to see. [Photo: GettyImages] 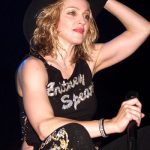 As much as it shames us to remember, Madonna went through a weird glam-cowboy phase around 2000, right when “Music” was released. Embracing her American roots one last time before going full Brit? [Photo: GettyImages] 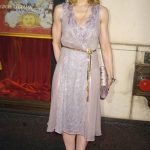 After marrying Guy Ritchie in 2000, Madonna moved to London, popped out son Rocco and wrote a children’s book. Talk about a transformation. She took to wearing tea-length dresses and posing demurely, but her understated Brit-mom look was still revolutionary. And she paved the way for future rich Americans-turned wannabee Brits, like her former BFF Gwyneth Paltrow. [Photo: GettyImages]