While her fellow Vampire Diaries actors Nina Dobrev and Ian Somerhalder catapulted to fame thanks to the show, Kat Graham’s star is rising slowly but surely.

But the actress certainly knows how to get noticed and made sure all eyes were on her on Wednesday.

Kat was seen in Los Angeles sporting a pair of denim cut-off shorts with suspenders attached. 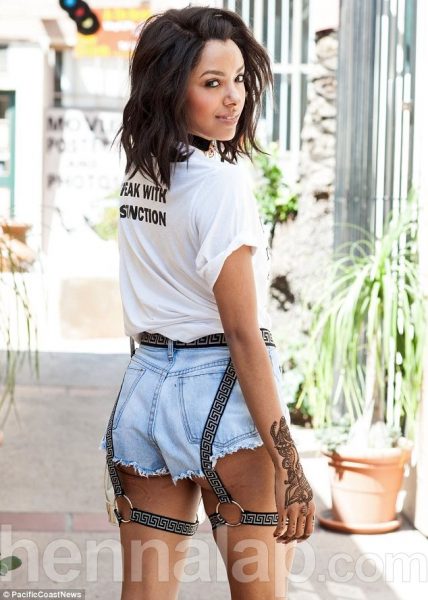 The unusual garment was made even racier by the fact that the Daisy Dukes were so short she left a good portion of her derriere on display, which was clearly the intention.

It wasn’t just skin that the 24-year-old was keen to show off, however, as she also sported a striking henna tattoo on her hand.

Kat also wore a white T-shirt that had a made up definition of the word ‘read’ on it and black platform trainers.

Check it out: As well as flashing lots of flesh, the Vampire Diaries star was showing off a henna tattoo on her hand

Check it out: As well as flashing lots of flesh, the Vampire Diaries star was showing off a henna tattoo on her hand

She accessorised with a black choker that had a colourful cross pendant attached and several gold bangles.

The Switzerland born beauty is also a singer and was working on her music the previous day. 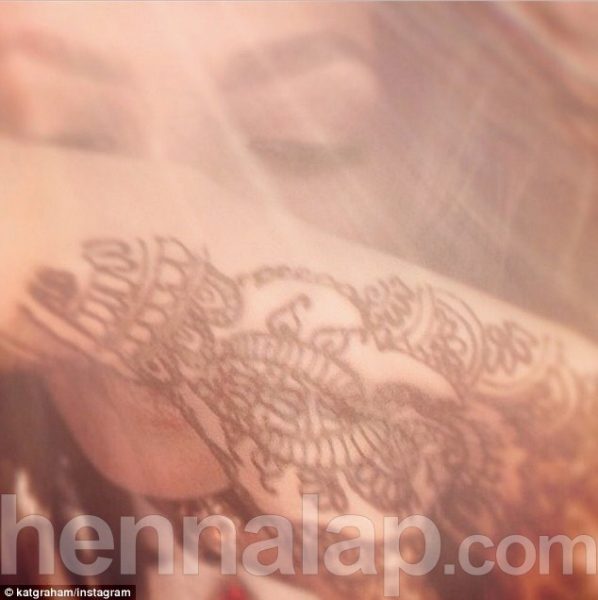 Looking good: On Monday the 24-year-old posted a detailed picture of the henna body art on Instagram

Kat shared a photo of herself sitting in a studio on Instagram along with the word ‘Home.’

The previous day she posted an image detailing the temporary artwork on her hand.

Kat got engaged to Cottrell Guidry in October 2012 after two years of dating.