Today I tried an #FKATWIGS inspired make up look 🙊

Last week she stepped out with firey red hair and now Imogen Anthony has spent her weekend experimenting with make-up to match.

The 24 year-old posted a number of happy snaps on Instagram last night showing off some unique facial art which focused on her forehead and chin areas.

Imogen looked stunning as she showcased her green eyes in the front-view camera. 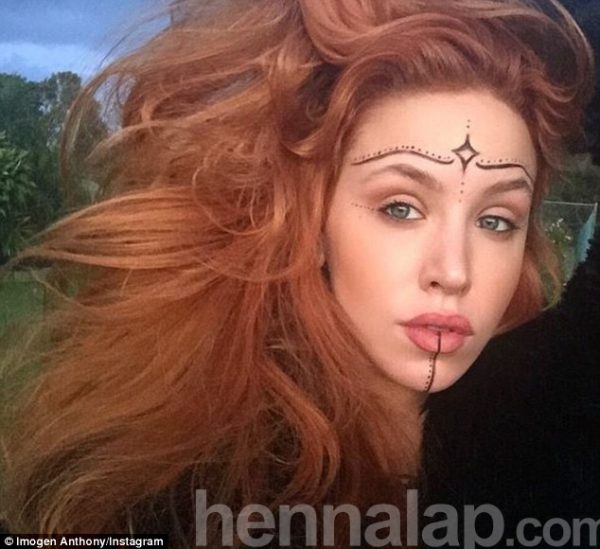 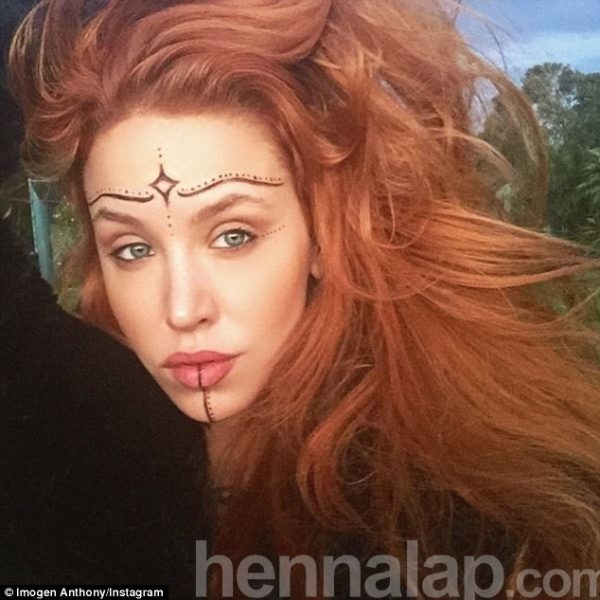 Matching: The 24 year-old’s face art blended in with her new fire red hair do

While cuddling up to an unknown person who was wearing a large black jacket, Imogen looked relax as she enjoyed the Sydney sunshine.

But this isn’t the first time this week the model surprised her 78.4 thousand social media followers with some funky photos.

On Friday afternoon, the out-there model posted a range of flashback pictures, showing off her dreaded silver toned hair and a big case of bling.

She also debuted her new hair colour last Monday which she says was inspired by her little sister. 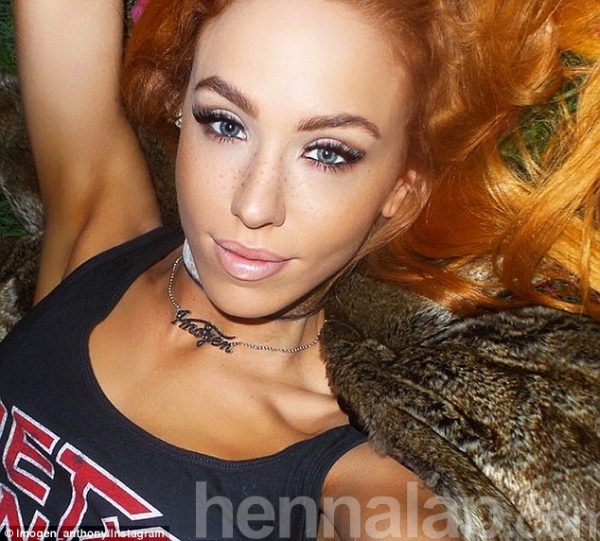 Red hot! It seems the model can rock out any colour hair-do and still look amazing 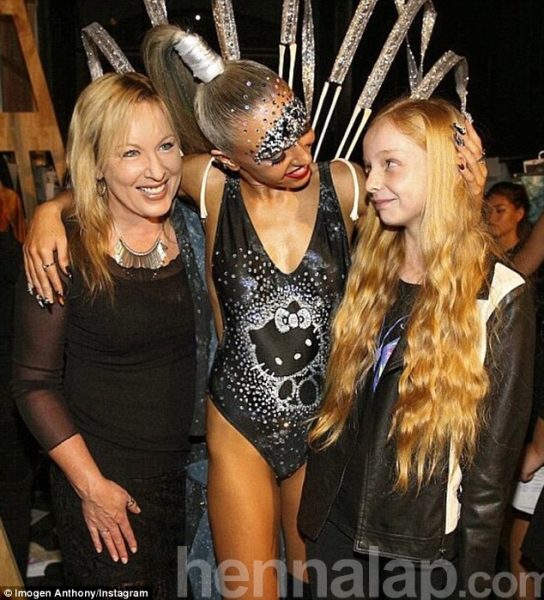 ‘Between my little sister Freya & girls like @the_tiah, I’ve been inspired to go strawberry blonde for a while (the idea is for it to fade lighter) ❤️ I added some #pippylongstocking freckles for effect,’ she captioned the above picture.

But in-between posting regular updates onto social media, Imogen and Radio King boyfriend Kyle Sandilands had been living in their country home with no power due to the severe storms that hit Sydney mid last week.

Last Wednesday, Kyle told his co-host Jackie ‘O’ Henderson that he and Imogen had been living without running water or electricity for days, forcing him to take showers at the 106.5FM office in Sydney CBD. 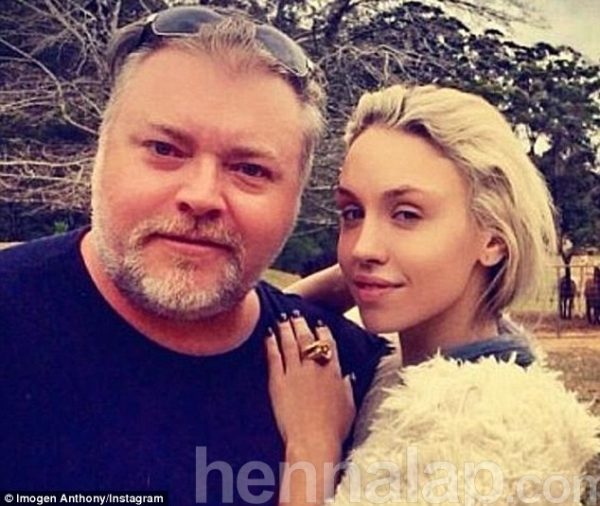 ‘This is my second day with no power, no water, no nothing. Toilets starting to pile up. I can’t flush the toilet,’ he said.

‘I went down to Bunnings, bought a $900 generator, plugged in the TV and I thought the Foxtel’s not going to work.

‘Imogen’s like give it a chance…the Foxtel came on, it was the best thing that ever happened,’ he said.

Foxtel comes first: The couple bought a $900 generator to power up their TV and Foxtel box