You are here: Home / Kiadvány / NBC / ‘My Art Tells a Story’: Meet the Henna Artist to the Star 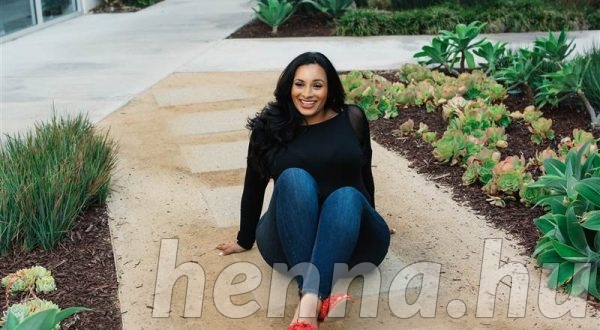 During weekly bridal appointments, Neha Assar sits cross-legged for five to nine hours as she examines the fine lines and shape of a bride’s hands, gently squeezing the tip of a henna cone and drawing designs and patterns freehand.

It’s a task that involves precision and patience, but tends to be more difficult for the brides than it is for Assar.

“It’s easy for me to sit in one place for six hours,” Assar told NBC News. “It’s harder for the bride to sit down and get her mehndi done.”

The tradition of applying mehndi — or henna — is an integral part of many South Asian weddings, according to Assar, a 35-year-old mother of two from Cerritos, California. The application often kicks off the week-long wedding festivities and celebrations.

“When I sit down, I’m so focused; it’s like meditation for me,” Assar said. “I don’t have anything around — no brain chatter, no thoughts. Literally I’m so engrossed. … It’s a way to get the bride to sit and relax before the chaos starts.”

Assar added that over the years, the artistry behind henna has evolved at fashion shows, red carpet events, music festivals, and various other non-bridal events across the globe.

“Growing up, I’d get teased for my henna and kids would say, ‘what’s that orange stuff on your hands?’ And when my daughter does mehndi, she’s the coolest kid. Times have changed,” she said.

Assar’s journey as a henna artist began as a side gig in high school when she was reluctantly hired on to work as a henna assistant at a salon in Artesia’s “Little India.” 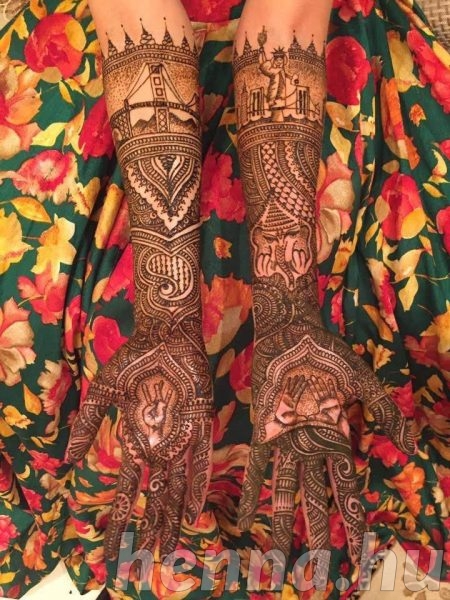 If you want Assar to do your wedding henna, make sure to plan ahead–her bookings are often a year in advance. Courtesy of Neha Assar

“At that point, I didn’t want to be a mehndi artist…the salon owner said, ‘you’re a little slow, but I’ll hire you anyway,” Assar said.

For practice, she started applying henna on her sister before booking her first bridal clients.

More than two decades later, henna artistry has become an important part of Assar’s creative lifestyle and has made her a prominent artist in Greater Los Angeles.

Growing up in Cerritos, Assar was greatly influenced by her South Asian upbringing, where emphasis was put on pursuing a career in the sciences instead of the arts.

At a young age, Assar knew she had a creative side. In grade school, she filled composition books cover-to-cover with designs inspired by frequent family trips to India, she said. In high school, Assar excelled in her physics and math classes and decided to major in electrical engineering at California Polytechnic State University, Pomona.

“My parents were definitely not supportive of me taking up art full-time,” Assar said. “They wanted me to focus on the sciences — they pushed a lot for engineering and there were times in college when I would have pushed back and said I just don’t want to do engineering and I want to focus on my art.”

As she grew older, Assar was able to find a healthy balance working as a professional henna artist on the side and focusing on her full-time career in engineering. 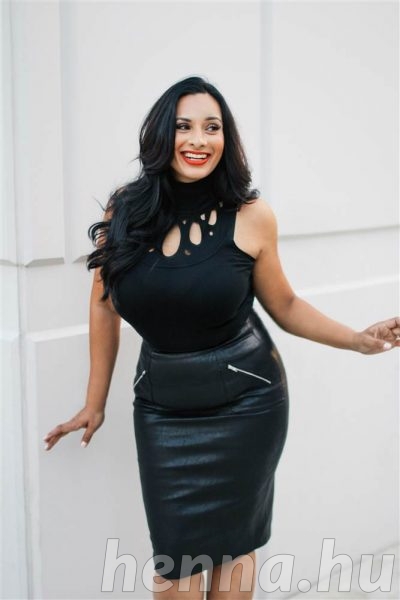 During her bridal appointments, Assar wears black jeggings and a black blouse while the bride wears a salwar kameez, she said. She lays out her silver henna cones and spends the first 15 minutes making sure the bride feels comfortable. They discuss wedding themes, how the couple first met, and other elements that are crucial to conveying a story through body art.

Many times, Assar said, it feels like she’s catching up with an old friend as she applies a cold batch of paste derived from dried henna leaves and a mix of eucalyptus and essential oils shipped from India. She sketches freehand, incorporating what the bride has in mind while staying true to her originality.

Assar — who is usually booked one year in advance for bridal events — said she is often the first person the bride sees before the week-long wedding festivities begin, and many times the first to help calm the nerves of an anxious bride.

She’s laughed, cried with her brides, and even cracked jokes to distract her clients from fidgeting or letting the anxiety settle in, she said.

“We just connect by the second hour, like we’re best friends,” Assar said. “They spend more time with me than they do with the groom.”

When she creates her one-of-a-kind bridal henna pieces, Assar focuses on sketching cohesive, clean lines and patterns, careful not to smear the design or stain herself.

The process takes between five and nine hours — five hours if she’s working on designs that go up to the elbow, and nine for customized designs that reach the biceps and the feet, she said. 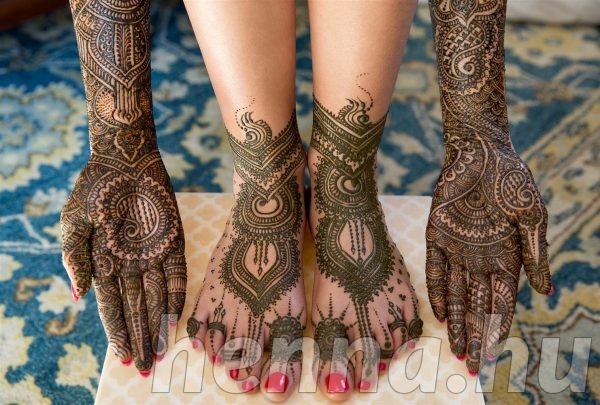 Assar tries to stay away from designing floral patterns, which she said are often overused. Instead, she likes to challenge herself by creating henna that might resemble pieces of jewelry or specific themes that convey a couple’s love story.

Every line, curve, and design is intentional, she said.

“I make sure my art tells a story. Even if there are no customized motifs included in the art piece, I make sure my designs all flow together,” Assar said.

Assar’s artistic inspirations include patterns in nature, Rajasthani art, and world architecture. She’s even taken inspiration from the shape of a tree, she said.

“Being an artist, I see things differently. I see dimensions when I look at nature. I don’t just see a tree or car — I see depth and dimension differently,” she said.

Assar — who works as a project engineer by day in the oil and gas industry — estimates that she has applied henna on approximately 1,000 brides. Most recently, her work has been modeled during L.A. Fashion Week, where she designed a sari blouse on a nude model which took approximately three hours to complete. She has also created henna crowns for cancer patients.

“Just to see their faces after the artwork is applied – it’s priceless. They are so happy and they feel beautiful again,” Assar said.

Assar said she always strives to challenge herself and make sure that every new henna design is authentic and unique. Occasionally, she gets special requests from brides for unconventional designs, such as golf clubs, cheetah prints, alma maters, and landmarks.

One client asked for a customized bride and groom motif symbolizing the couple’s love for hip hop and was awestruck by the final design, Assar said.

Within hours of the request, Assar conceptualized a design incorporating the Roc-A-Fella hand sign. The piece went viral, Assar said. 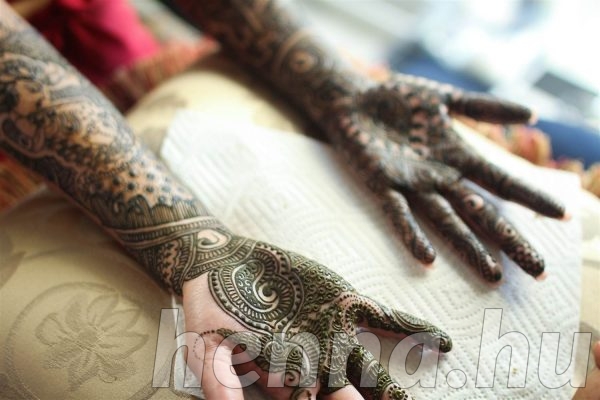 “As it is being raised as a South Asian, you are influenced by 2Pac and Biggie — these are things we grew up with, and you can’t ignore it,” she said. “If that’s part of your upbringing and you’re a fan of music, and you’re having a big Indian wedding, there’s nothing wrong in incorporating these details.”

Assar says she has a signature spot where she hides the groom’s name on a bride’s hand. Tradition has it that a groom will try to look for his name on the night of the wedding, she explained. “Once the groom’s name gets hidden in the henna that’s when it hits them that they’re getting married.”

Over the years, Assar has booked a variety of celebrity clients and major award shows, including the Grammys, Emmys, Oscars, and MTV Movie Award pre-parties, as well as the South Asian Bridal Expo in 2008, she said.

One of her most memorable moments was when she received an unexpected weeknight call asking if she’d be available to apply Kylie Jenner’s henna before Coachella.

“I had just finished a bride in Corona which was far out and I get a call at 7:30 p.m. asking me to come do Kylie Jenner’s henna, and I said, ‘of course I can,’” Assar said.

Her henna designs have also taken her to Canada, Mexico, and across the United States. Recently she applied henna to guests during a party for Drake and G’Easy’s manager in Malibu, California.

“I was definitely starstruck when I saw Drake,” Assar said. “When I saw G’Easy, I didn’t know who he was until his song went platinum, then I was like, ‘oh my gosh, I met that guy.’ With my busy lifestyle, I don’t get to watch TV and keep up with a lot of this.”

Assar says her mehndi often disappears after two to three weeks, so she has begun the process of incorporating her designs on canvas to make sure they live on forever.

Assar admits that parting with her henna pieces is always bittersweet. Even the number of photos taken from different angles cannot do the pieces justice, Assar said.

“I just want a couple minutes to admire the little details.”